Continuous Integration and Deployment with Codeship

If you were sleeping for the past two years you may be surprised by a movement called DevOps.

DevOps tries to bring together development and operations teams, since those teams have different points of view from the product they keep running.

Usually the Dev team want to update the code base and deliver more and more features. The Ops team want stability. The problem is that the product must not stop, it should grow and get better, so the teams must play together. The DevOps movement try to solve these communication problems using a lot of automation and cultural changes.

When Dev and Ops don’t play along changes to the code base are slow. Tell me the truth, how many deploys your team do every month? How many problems like “it works on my computer” you ever faced? Bad stuff, right?

There are two important thing in DevOps: CI and CD.

CI stands for Continuous Integration. That’s when a bunch of test are run against the code base on every push to the code repository. That guarantees that the code quality will not fall and the test are not broken.

CD stands for Continuous Deployment. That’s when the code is packed and delivered in production, usually after a push to the code repository. Everything is automated.

Once more, tell me the truth, is it difficult for your team to deliver new code in production? Which are the steps? If the steps start with something like “connect to the FTP server”, you are doing if wrong (maybe not wrong, but really not a good practice).

There are some ways to do CI and then CD. Yep, you will need CI first, since you don’t want to deliver broken code.

A way to start with CI and CD is creating scripts that run the tests and, if everything is ok, deploy to production. This way is not so simple to keep, since scripts are hard to update.

Another well known way is using Jenkins, a task automator. Jenkins can do anything you want for task automation and is used for CI and CD. The bad part is to setup and host a Jenkins installation. Also, the Jenkins’ interface is not very user friendly. Jenkins has some issues but it is an amazing tool that everyone doing automation and DevOps must have in their toolboxes.

Another very cool and easy to use tool is Codeship. I came to know Codeship when I was looking for some hosted Jenkins service. Then I made some tests and liked if a lot.

I did the automation of the tests and deployment for a PHP project. That’s what I had:

The steps to create and setup the project on Codeship were pretty simple. The first one is to choose the repository:

In the next page you are asked about the technology you are using, this way Codeship can fill the fields with default options. I chose PHP, so Codeship used Composer for dependencies and PHPUnit for tests. 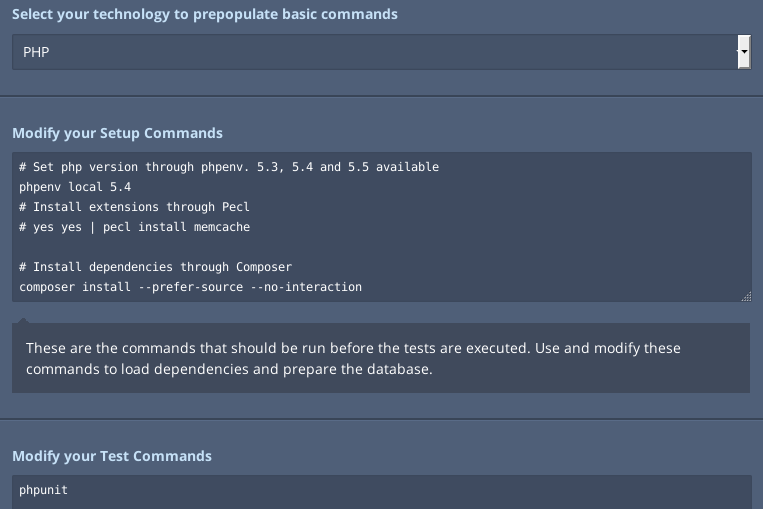 Of course you can change these fields to aim your needs. The are run as shell scripts and changes are easily made.

Next step is to add the hook on Bitbucket (if your project is there). Then you need to do a commit and a push in order to run the tests for the first time. Codeship suggests to add their badge in the readme: 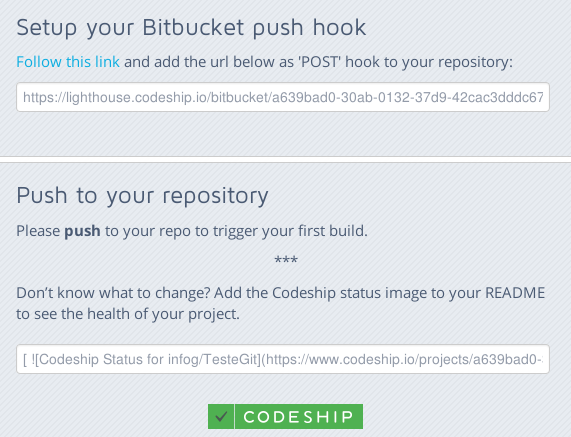 After running the tests for the first time (and have them passing), you’ll need to setup how the deploy is done. Codeship has a lot of options: 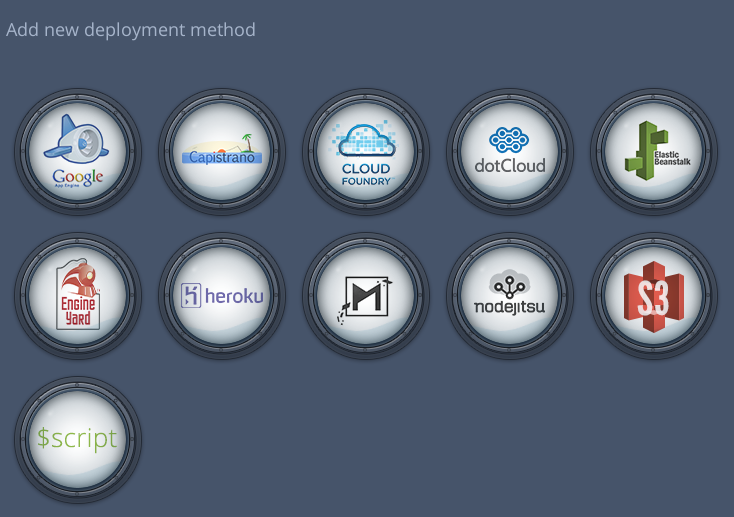 I chose $script, since I already had a script to pack and deploy using Apache Ant. So my setup was something like that:

Then I just made a new push and magic happened.

There was some other steps, like adding the Codeship’s SSH key to my server, but it was easy.

Oh, and I must not forget to tell about Codeship’s user support. It’s amazing! If you need anything, just ping them on twitter (@codeship) and they answer in no time. They also have a support form in their site.

And what about the pricing? It’s free for 5 projects or less and 100 builds/month. That’s a pretty nice way to start automating your personal projects and also the ones at the company.

Do you know any nice CI and CD tools? Let me know in the comments bellow ;)