So, I attended to my first conference as a speaker out of Brazil! Wow! It was a very nice experience and I want to share how it was for me.

I was a speaker for some Brazilian conferences in the past few years and when I moved to Germany in the end of 2014 I was decided to give it a try and submit some talks to the European conferences. I got some rejections, of course, and I’m ok with that, I learned from it ;)

But then this one guy gave me a chance to speak at Bulgaria Web Summit 2015, and I’m very thankful for that. Thank you, Bogomil! 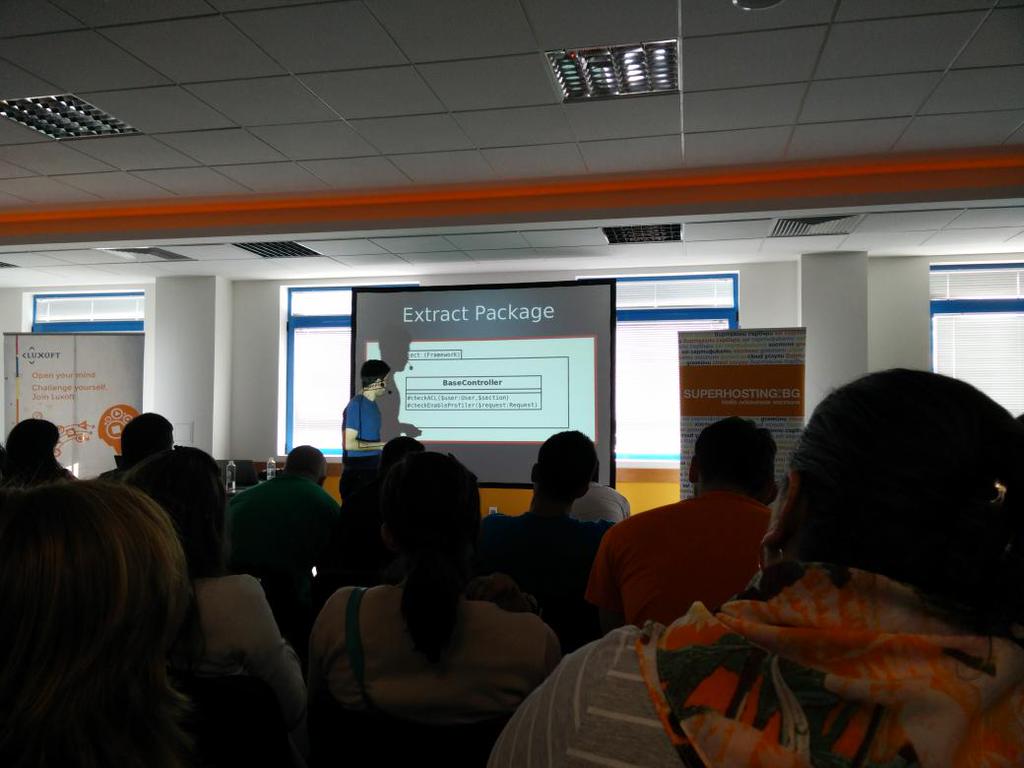 I talked to Bogomil in the beginning of January and the conference day seemed to be very far in the future. But as time passed by I started realizing that it was really going to happen (and freaked out just a little bit).

As a speaker I have some experience and I’m not afraid of public speaking (I guess being a teacher for a Brazilian university for four years helped also). But this was my first time speaking in English.

The plan was to reuse one of my previous presentations (slides) and translate it into English. But then I realized that I don’t really like that style of slides and presentation anymore. And then I started the presentation notes and the slides from scratch again. Taking notes was the first thing and after I finished it I asked for some feedback from Rafael Dohms. Thanks for the help, Rafael!

Notes done, time to make some nice slides. It took me only a few bad slides to notice that I’m not really good at making visually nice slides. I really wanted to have good slides for my first presentation in Europe. So I asked for my wife’s help and she guided me to come up with these slides:

I really like the result of a few more hours invested in the slides making. If you are a speaker, try to do the same, the result can be very nice. And after the talk some people came talk to me and one of the things they said was: I really liked your slides. So, mission accomplished.

But the thing is that a conference talk is not only about the slides, otherwise the speakers could just send the slides and everyone could just read them. So I practiced some times before the talk. I thought the language was going to be a problem and I asked myself a lot of times if I should let the audience know upfront that it was my first talk in English. And then I decided not to say it until the end of the presentation and the questions, if any, after it.

I started my talk, a little bit nervous, I introduced myself and told some joke about being a Brazilian living in Germany and almost freezing during the winter, people laugh, and out of a sudden, I was very calm and feeling confident about the talk and the subject again. 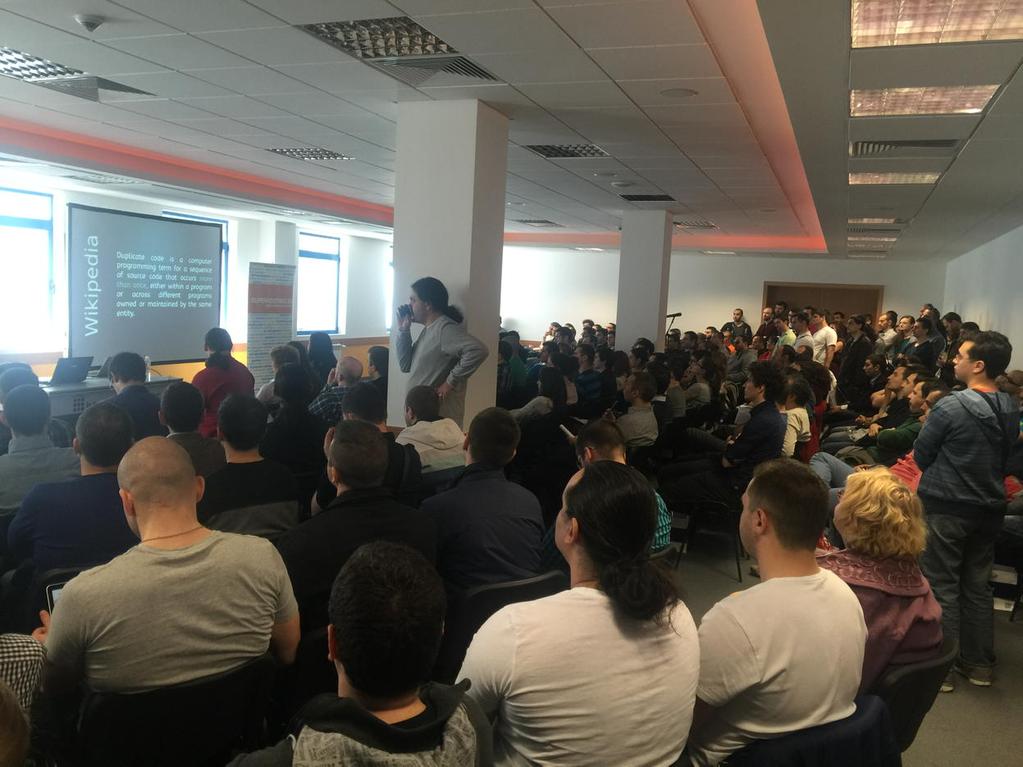 After the talk some people asked some questions and I answered. And then I said that that was my first talk in English and I heard some people saying “you did great!”, “it was good!”.

And the most amazing thing happened during the rest of the day: Some people came to me asking for tips, to congratulate for the talk, etc. Bulgarians are very nice people indeed :) Thanks for having me and I hope you all enjoyed the conference and my talk as much as I did.

Oh, and if you like some talk, let the speaker know it. You know, speakers are people too, they know some things and they don’t know some other things, just like everyone else. And when you come to a speaker and tell him/her you liked the talk, you can make the speaker feel that all the effort and time spent for the talk was a very good invested time and paid off really good.

Next step: Get my talks accepted in other European conferences ;D